DEC has discontinued Mercury monitoring and decomissioned its monitors. DEC had participated in a multi‐agency project to measure total mercury concentration and deposition in precipitation. It is related to air quality monitoring in that mercury in the ambient air is dissolved in precipitation drops and deposited along with the precipitation. DEC monitored at three sites between 2005 and 2015: Unalaska (intermittent), Kodiak (2008-2015), and Nome (2013-2015). Precipitation samples were sent to a laboratory for analysis. The laboratory submitted sample results to the National Atmospheric Deposition Program (NADP) for final quality assurance checks before posting the results.

Below are photos of the equipment that DEC used to do the sampling at sampling sites in Unalaska and Kodiak. 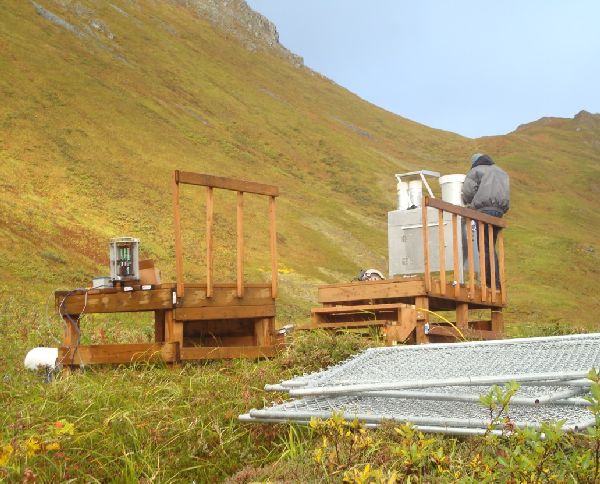 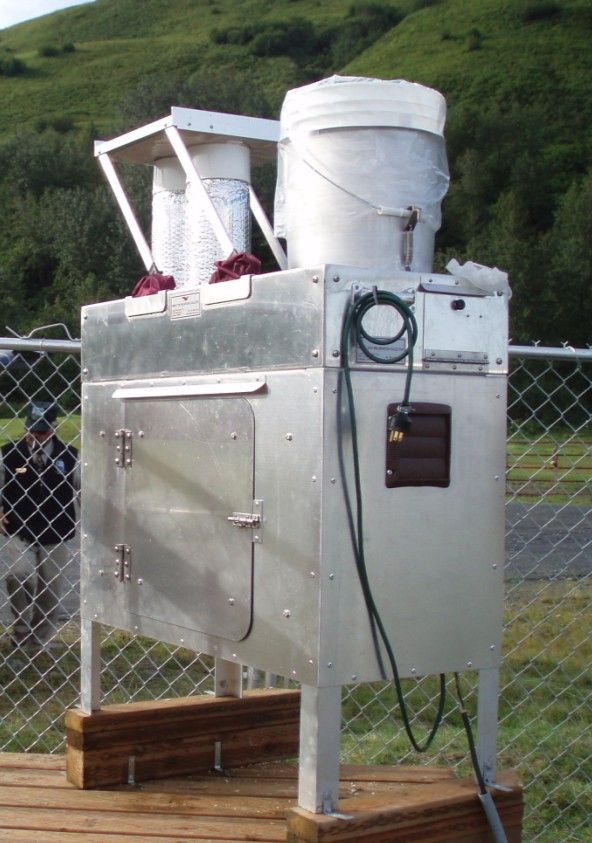 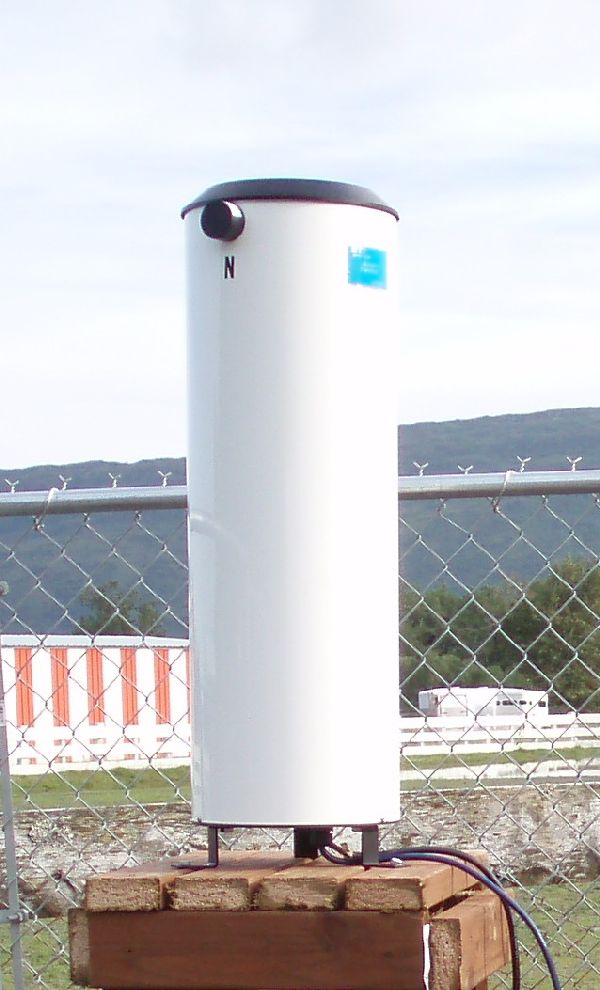 ADEC participates in the RADNET system, a nationwide effort to monitor environmental ambient radiation levels and those resulting from major nuclear accidents, such as the Fukushima nuclear reactor accident in Japan. Radiation typically travels through the air in the form of particulates although some may be gaseous or waterborne. DEC monitors airborne (particulate) radiation. DEC currently has one RADNET site in Juneau. To the right and below are photos of the equipment that network participants use to do the sampling. This equipment and the operator in the photos are at the Juneau site. 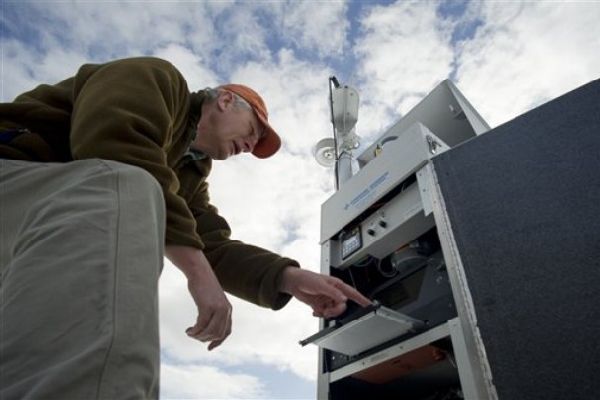 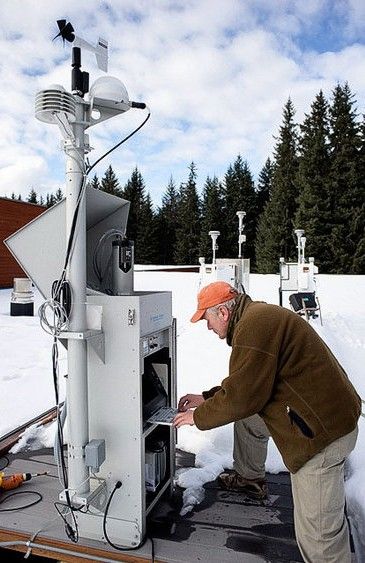