Location
North of Adak Island
Time/Date
At 8:05 AM on December 3, 2010, the US Coast Guard (USCG) reported to ADEC that the vessel Golden Seas was adrift. The crew of the vessel reported the loss of power to the USCG at 12:15 AM on December 3, 2010.
Spill Id
10259933701
Product/ Quantity
No spill occurred.
Cause
The turbocharger on the ship’s single propulsion engine failed and was not reparable at sea. Without the turbocharger, the ship’s engine was not able to turn propeller with sufficient power to hold vessel in position or make headway in the severe weather it faced. 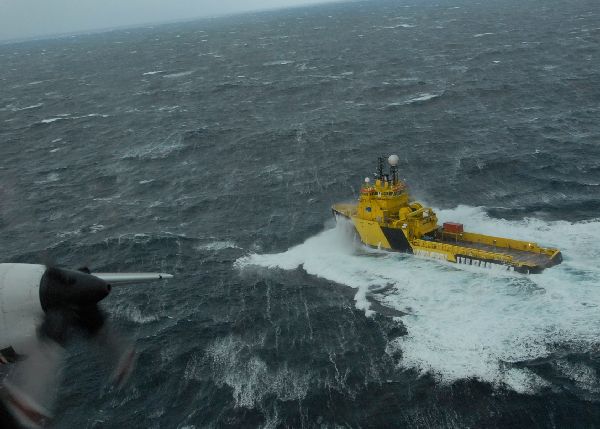 The crew of the tug Tor Viking II is observed by an Air Station Kodiak HC-130 Hercules crew moving at 12 mph through 20 foot seas and 46 mph winds 48 miles from the 738-foot cargo vessel Golden Seas in the Bering Sea Dec. 4, 2010. Photo courtesy of the USCG. 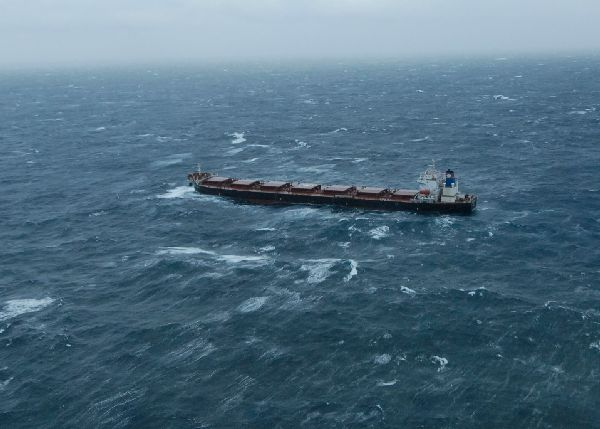 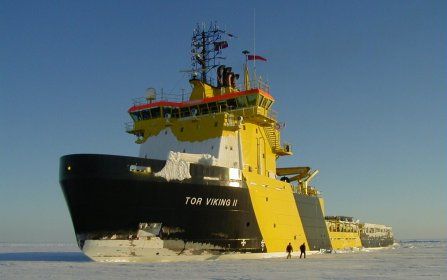 File photo of the Tor Viking II, which is carrying the Emergency Towing System. More information about the Tor Viking at the owner's website, Viking Supply Ships.

The Tor Viking II is navigating through the Bering Sea en route to tow the motor vessel Golden Seas which is about 47 miles north of Atka Island to Dutch Harbor Dec. 4, 2010. Coast Guard assets were deployed and diverted to respond to a report by the crew of the Golden Seas who reported an engine turbo-charge failure to the Coast Guard at 4 a.m. Friday limiting power and steerage about 70 miles north of Adak and drifting southeast toward Atka Island.

The tug Tor Viking II tows the 738-foot cargo vessel Golden Seas to Dutch Harbor with the Coast Guard Cutter Alex Haley escorting 50 miles southwest of Dutch Harbor in the Pacific Ocean Dec. 5, 2010. The cargo vessel suffered a turbo-charger failure Dec. 3 limiting its power and steerage and prompting the Coast Guard to deploy and divert assets to respond in the event of an emergency.