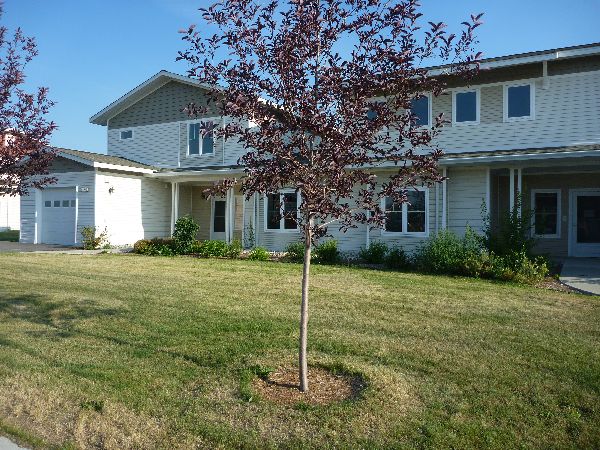 Fort Wainwright is located in Interior Alaska, east of the Fairbanks city limits. It was created in 1939 as Ladd Field, and served as an Army cold weather station to test aircraft under arctic conditions. The facility was a strategic part of military efforts during World War II from 1942 until 1945. The U.S. Air Force operated Ladd Field from 1947 until 1961, when the U.S. Army resumed control and renamed it Fort Wainwright.

The main cantonment of Fort Wainwright, Alaska (FWA) is 911,604-acres and was placed on the U.S. Environmental Protection Agency’s (EPA) National Priorities List (NPL) of Superfund sites in 1990. Contaminated sites on Fort Wainwright are: 3-Party Comprehensive, Environmental Response, Compensation, and Liability Act (CERCLA) sites, 2-Party petroleum-only sites and Military Munitions Response Program (MMRP) sites. Several 3-Party sites have been placed into six operable units, all with corresponding Record of Decision (ROD) documents. All CERCLA sites are being cleaned up under the Federal Facilities Agreement (FFA) that is dated November 18, 1991, and is an agreement between the U.S. Army, EPA and the Alaska Department of Environmental Conservation (DEC). 2-Party, petroleum sites are under the Two-Party Agreement, dated April 1992, which is an agreement between the U.S. Army and DEC.

Taku Gardens (also known as the Former Communications Site and the Tanana Trails Family Housing Development) covers 54-acres, within the main cantonment of Fort Wainwright. The Former Communications Site (FCS) became the sixth operable unit (OU6) in 2007. The Record of Decision (ROD) for the site was finalized and signed January 2014 (See ‘More Information’ section to access a copy of the ROD). The FCS includes 110 housing units in 55 buildings that are intended for use as family housing for Fort Wainwright military personnel and their families.

The February 2013 conceptual site model (above) for the Taku Gardens site shows the type and location of all potential sources of contamination that were identified in the investigation, and how and where people, plants or animals could have been exposed to that contamination. (Graphic by Jacobs, CH2M Hill)

The FCS has had a history of mixed uses, including the following:

Only a limited number of written records describing specific activities occurring at the FCS during the course of its history are available. Much of what is known about the site was inferred from examining and comparing historical photographs dating from 1947 to present, the 1958 FWA “Master Plans,” past geographical surveys, and military operations concurrent with similar missions conducted at other locations.

The area was selected for military family housing in 2002 and 2003. Housing construction at this site began mid-2005. A variety of buried metal and debris, including empty drums, some drums with contents, and munitions-related items were found at the surface and in the subsurface at the FCS during the housing construction. The debris, along with associated contaminated soil, tended to be concentrated in former low-lying areas and in pits that were filled and covered before the FCS was developed. Materials and chemicals placed in these former disposal areas are assumed to be the primary sources of contaminated soil and groundwater at the FCS. The pre-construction investigations and surveys, the preliminary source evaluation (PSE), remedial investigation (RI), and post-RI activities conducted between 2003 and 2011 have investigated all significant potential disposal and contaminant source areas at the FCS. 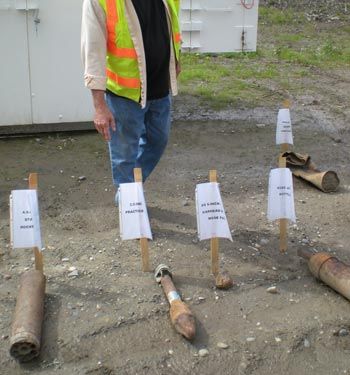 Some of the discarded military munitions unearthed at the Taku Gardens site are shown in this June 2008 photo. (DEC photo)

Institutional Controls (ICs) are measures to protect people and the environment from exposure to oil or hazardous substances. Current site-specific ICs for the FCS are:

The specific objectives of the ICs at OU6 are as follows: 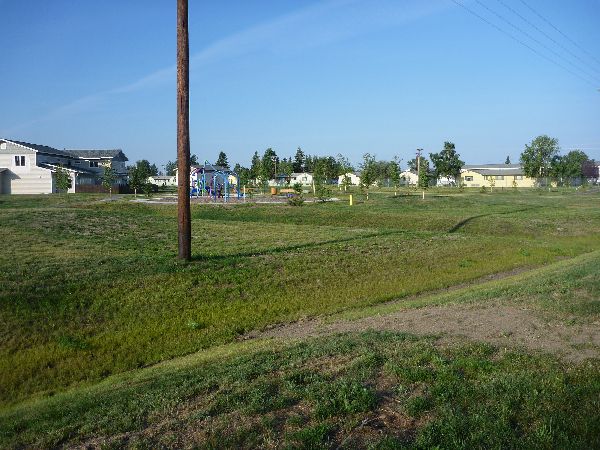 The empty housing development, which covers 54 acres, is shown during the summer of 2013. The whole development was fenced and site access was restricted to limit potential human exposure.

The above February 2013 map shows the location of the site on Fort Wainwright. (Graphic by Jacobs)