In 2013, in accordance with the National Oil and Hazardous Substances Pollution Contingency Plan – Subpart J (Section 300.910), Alaska Regional Response Team (ARRT) representatives from the Alaska Department of Environmental Conservation, US Coast Guard, Environmental Protection Agency, Department of Commerce, and the Department of Interior began an effort to update the Dispersant Use Plan for Alaska for the first time since 1989.

The effort culminated in significant changes to the Dispersant Use Plan, including:

Between November 2013 and February 2014, public outreach sessions garnered nearly 700 comments on the draft plan. Following consideration of individual comments, the updated guidelines were signed and enacted on January 27, 2016. These guidelines were immediately in effect and incorporated into Annex F (Non-mechanical Response Guidelines) of the Unified Plan. This initiated a 24 month window, during which OSCs sought public input to identify dispersant avoidance areas. 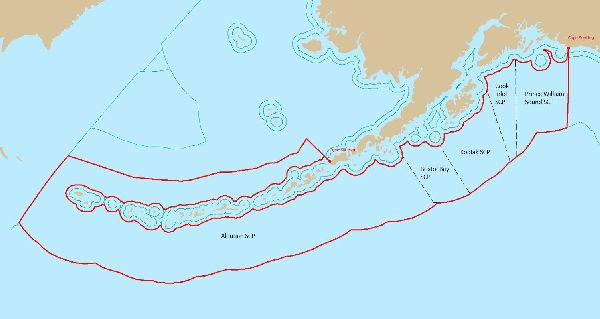 An Interagency Technical Committee convened to seek public input on potential avoidance areas. The Technical Committee analyzed this input and consulted subject matter experts before nominating avoidance areas to On-Scene Coordinators. The committee is composed of biologists, toxicologists, and other subject-matter experts from the Department of the Interior, the U.S. Fish and Wildlife Service, the National Oceanic and Atmospheric Administration, the National Marine Fisheries Service, the United States Coast Guard, the Alaska Department of Fish and Game, the Alaska Department of Environmental Conservation, and the U.S. Geological Survey.

Public comments were solicited during five meetings including:

Approximately 120 comments were received during the public comment period, and the Technical Committee addressed individual comments before briefing OSCs on their consensus recommendation in August 2017. After receiving OSC endorsement, the Technical Committee then wrote new sections for the five subarea contingency plans containing a portion of the preauthorization area (i.e. Prince William Sound, Cook Inlet, Kodiak, Bristol Bay, and the Aleutians; see left column). The public comment period for these new annexes ran from October to December 2017. 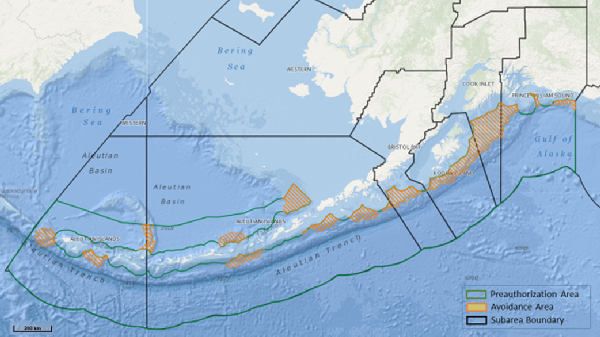 * Approximately 75,000 gallons of COREXIT 9500 is currently stockpiled in Alaska for potential use. FINASOL is OSR 52 is no longer expected to be delivered to Alaska.

These educational fact sheets are an introduction to dispersant use and effect.