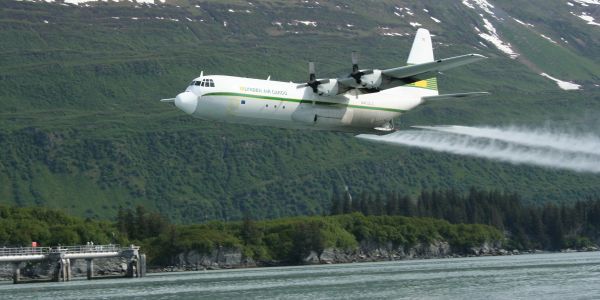 • Dispersant Tactics involve the application of chemical formulations that contain surface active agents (surfactants) that lower the surface tension between oil and water, promoting the formation of oil droplets and reducing the tendency of oil to stick to other droplets or surfaces, thereby enhancing dispersion into the water column. In Alaska, dispersant tactics are only applicable to on-water oil spills.

• In-situ Burning Tactics involve the collection and concentration of oil within a designated area, the controlled burning of that oil, and the removal of the burn residue. In-situ burning tactics are organized based on the spill location and type of environment.