Location
Between the north end of Ocean Bay and Partition Cove on Sitkalidak Island
Time/Date
8:48 p.m. on December 31, 2012
Spill Id
12249936201
Product/ Quantity
No oil or hazardous substance release to the environment
Cause
The towline between the M/V Aiviq and the Conical Drilling Unit (CDU) Kulluk parted on December 27, 2012 due to mechanical failure of the tow shackle. The tow was subsequently regained and lost several more times over several days and involving several other tow vessels. The CDU Kulluk grounded. After several days of extensive planning and weather delays, the CDU Kulluk was refloated at 10:10 p.m. on January 6, 2013 and relocated to a place of refuge (Kiliuda Bay) for additional salvage and damage assessment. 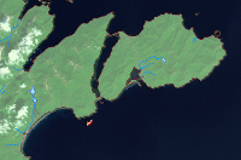 This interactive GIS-based map shows the Kulluk grounding location and environmentally sensitive areas identified by state and federal agencies as a part of their spill response planning efforts and included in documents such as the Kodiak Island Subarea Plan. 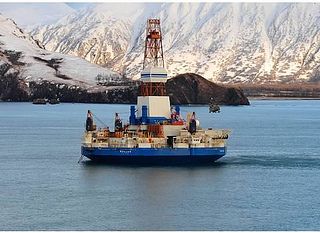 The Kulluk anchored in Kiliuda Bay.