Protect your health while dipnetting

Elevated levels of fecal coliform and enterococci bacteria can be found at some beaches like City of Kenai beaches near the mouth the Kenai River in July. Enterococci are an indicator that disease-causing bacteria may be present that can cause stomach aches, diarrhea, and/or ear, eye and skin infections. The greatest exposure risk comes from ingesting/swallowing water with elevated bacteria levels.

Since birds and animals are looking for food, we need to avoid attracting animals (and their waste) to Kenai River beaches. Here’s how you can help: 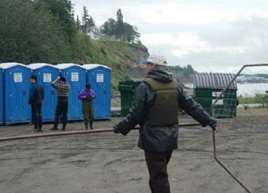 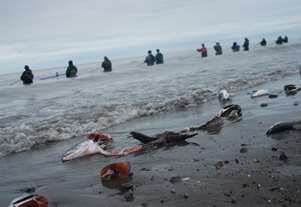 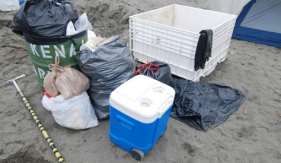 Since enterococci comes from warm-blooded animals and their waste, avoid attracting animals to beaches. The large gull rookery adjacent to the beaches results in a large number of birds being present in June and July. These birds are constantly looking for food to feed themselves and their young.

Fish waste should be thrown back into the main river channel at low tide or as far out as possible in the river channel. People who leave fish waste on the City of Kenai’s beaches could be fined by the city. There are also additional fines for littering (items other than fish waste).

Garbage and campsite trash also attract animals, so use designated dumpsters and trash cans or pack it out. Keep the lids shut on all trash cans and dumpsters.

What are fecal coliform and enterococci bacteria? 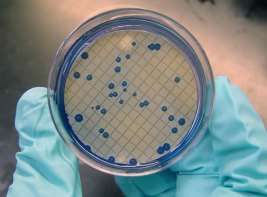 Fecal coliform and enterococci bacteria are present in the intestinal tracks of warmblooded animals, including: birds, seals, dogs and humans. 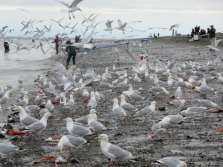 The Department of Environmental Conservation monitors bacteria at Alaska’s beaches to assess compliance with water quality standards and identify potential threats to public health. For several years, the Department has partnered with the City of Kenai and Kenai Watershed Forum for monitoring before and during the Kenai River personal use salmon dipnet fishery. Fecal coliform and enterococci water quality standards for recreational use have been exceeded in July. Potential sources include a large bird rookery just upriver from the Kenai beaches, marine mammals foraging in the river estuary, and humans and dogs.

In 2011 and 2014, the Department conducted microbial source tracking sampling to determine the sources of bacteria. Sampling results indicated the majority of the bacteria are from birds which present less of a health risk to humans. The remaining bacteria were from humans, dogs and marine mammals.